Influenced by attacks on the indoor tanning industry that are not based in fact, many Canadians seem to be under the mistaken impression that sunbathing in a sunbed is somehow less safe than sunbathing in the natural sun. As tanning season begins, The Joint Canadian Tanning Association (JCTA) wants to set the story straight.

“Scientifically, the light that sunbeds emit is virtually the same as from the summer sun,” JCTA Executive Director Steve Gilroy says. “And while it’s more intense in order to provide the desired results, the amount of exposure from a sunbed session is far less than one would get from a day at the beach. And in JCTA professional salons, it’s administered based on a controlled schedule as to never result in sunburn.”

More than 90 percent of professional indoor tanning units emit about 95 percent UVA and 5 percent UVB in regulated dosages similar to summer sun. Recommended exposure schedules developed by the manufacturer under the guidance of Health Canada allow trained indoor tanning operators to set incremental exposure times, based on the “skin type” of a patron, that deliver consistent non-burning dosages of UV light to allow a tanner to gradually build a tan.

Another common misconception is that sunbeds emit light that is many times more intense than that of natural sunlight.

The total output of a tanning unit is measured the following way: Total UV Output = UV Intensity x Duration of Exposure. While tanning units may be 2-3 times as intense as summer sun, the duration of exposure is controlled, and thus the total UV output is controlled, to minimize the risk of sunburn. As most research shows, sunburning and intermittent exposure leading to overexposure is the key risk factor for skin damage. A JCTA Member salon employs trained and industry certified operators to create an exposure schedule based on an individual’s skin type. Which starts at 1/6 the maximum exposure time of the equipment and is gradually moved up to the maximum time.

In simply terms sunbathing outdoors under a UV index of 4 for 1 hour outside in sunlight would be equivalent to a maximum session in a sunbed. The average UV Index in the summer time in Canada is 8. So, if the UV Index goes up you would have to reduce your sunbathing time outdoors until you produced a base tan. With a sunbed the intensity never increases, so the sunbed is a more controlled environment to sunbathe under.

The reality is that sunbeds in JCTA professional salons offer the same light, in a concentrated dose, in a controlled environment that you can utilize when you want and need it. Sunbeds are an excellent source for vitamin D production, which is particularly valuable in Canada where you cannot produce vitamin D in response to natural sunlight during November through March, or even longer in some parts of the country. Using a sunbed with an exposure schedule administered by a trained operator in a professional salon is also an opportunity to develop a base tan in preparation for intense sun exposure on vacations. During dark, cold Canadian winters, there are no other options for preparing ones skin for the shock of a tropical vacation. And of course, these are just some additional benefits that go along with developing the beautiful tan that most professional salon clients are seeking.

Whatever your reason for indoor tanning, the JCTA wants Canadians to remember that, like pretty much anything in life, moderation and responsibility come first.

“Moderation and responsibility are vital and sunburn prevention is rule number one,” Gilroy says. “Just as on one should spend too much time outdoors unprotected from the sun and incurring a sunburn, sunbeds should always be used responsibly. And in a professional JCTA salon, no operator will ever allow you to be overexposed.”

The Joint Canadian Tanning Association (JCTA) is a national non-profit organization created to increase understanding of the professional tanning industry’s scientifically supported position that regular moderate ultra-violet exposure from sunshine or sunbed in a non-burning fashion is part of a responsible lifestyle that recognizes both the inherent benefits and the manageable risks associated with ultraviolet light exposure. 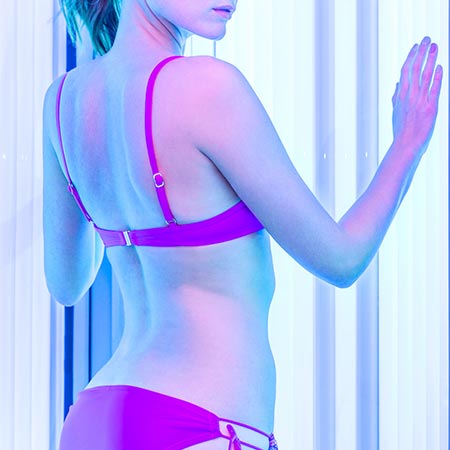